Photomicrographs of hematoxylin- and eosin-stained sections of the pig small intestine from heat treated and control animals after 3 weeks of treatment (200× magnification). (A and B) Heat treated jejunums and control respectively. Damage to the intestinal villi is obvious, with desquamation at the tips of the intestinal villi. Abnormal microstructures are indicated with arrowheads.

Quantitative analysis of the proteins of differential abundance from the jejunum mucosa of finishing pigs.

Functional enrichment analysis of the proteins of differential abundance from the jejunum mucosa of finishing pigs using the ClueGO software. **P<0.01.

Differentially expressed proteins involved in electron transport chain (ETC) and ATP generation. The red arrows indicate up- or down-regulated proteins in response to the chronic heat stress. Protein names for the symbols used are defined in Table 4. 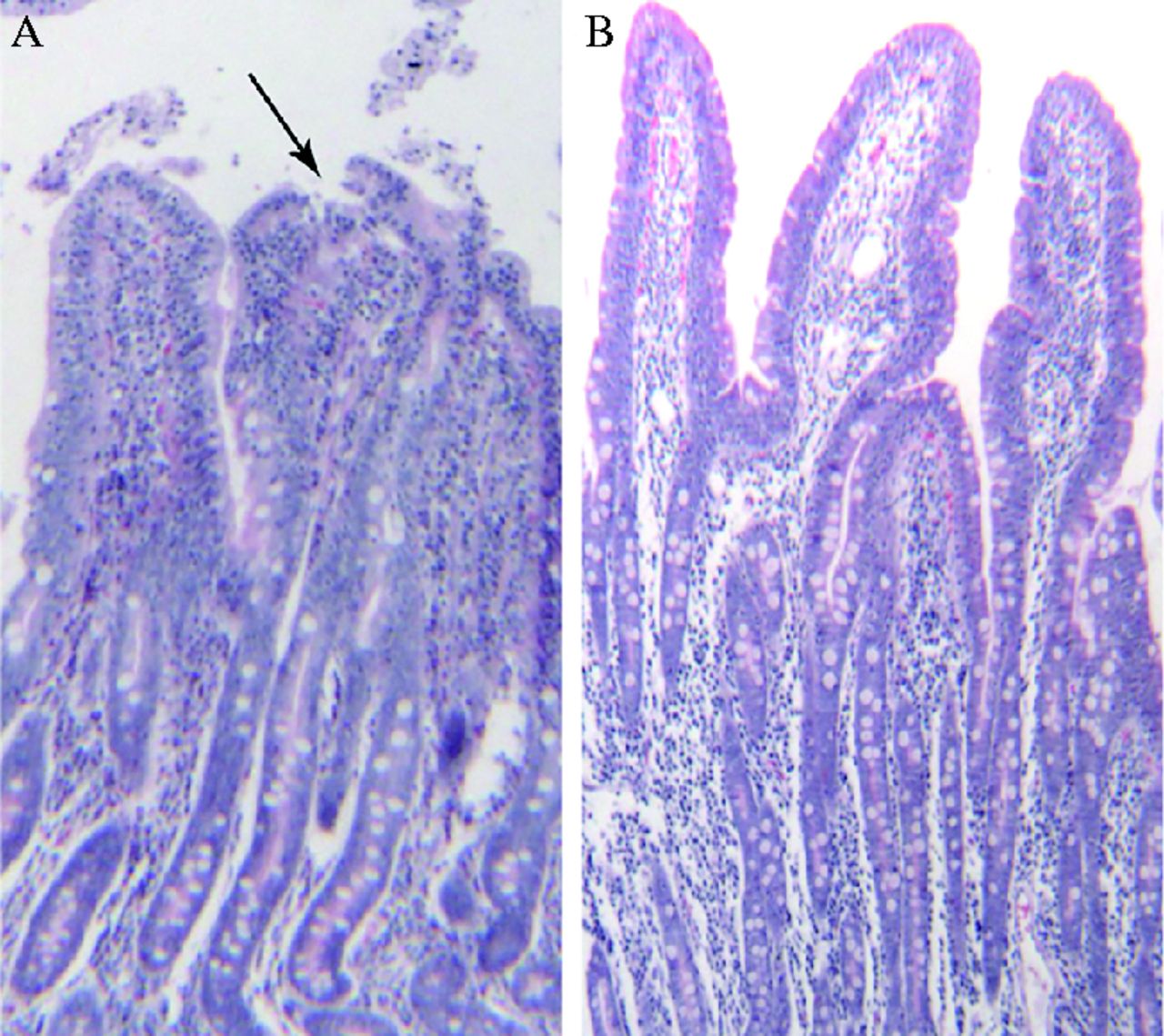 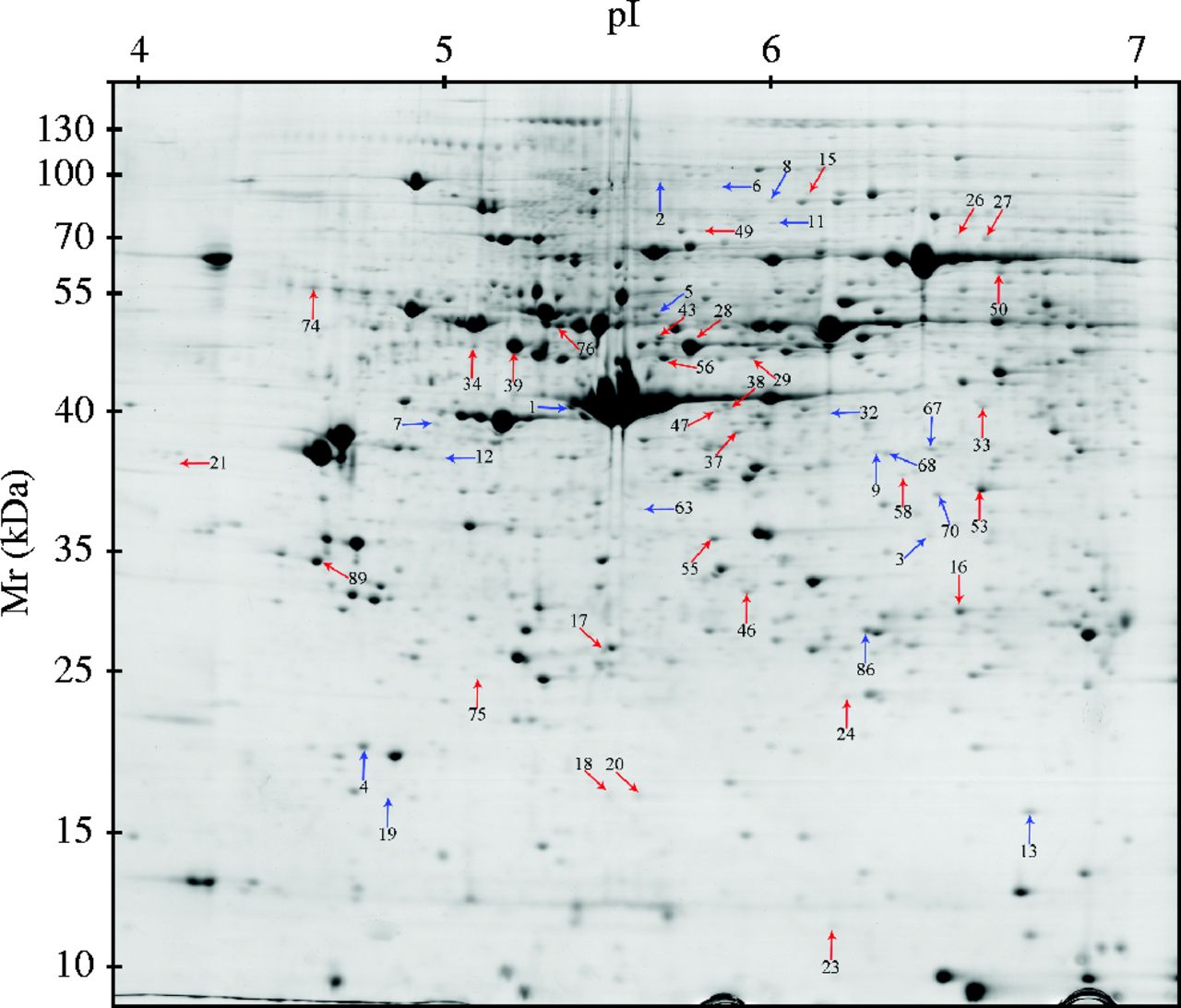 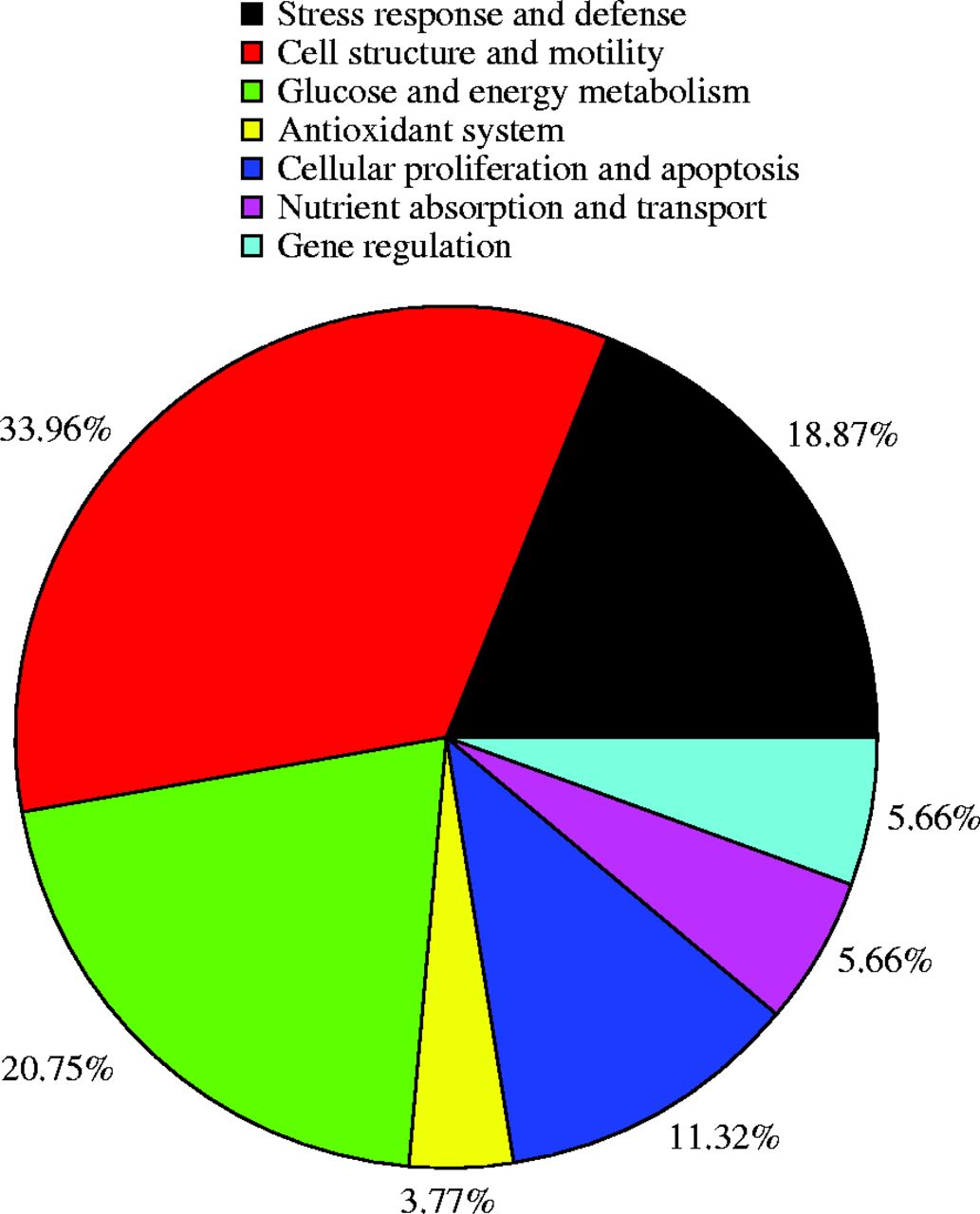 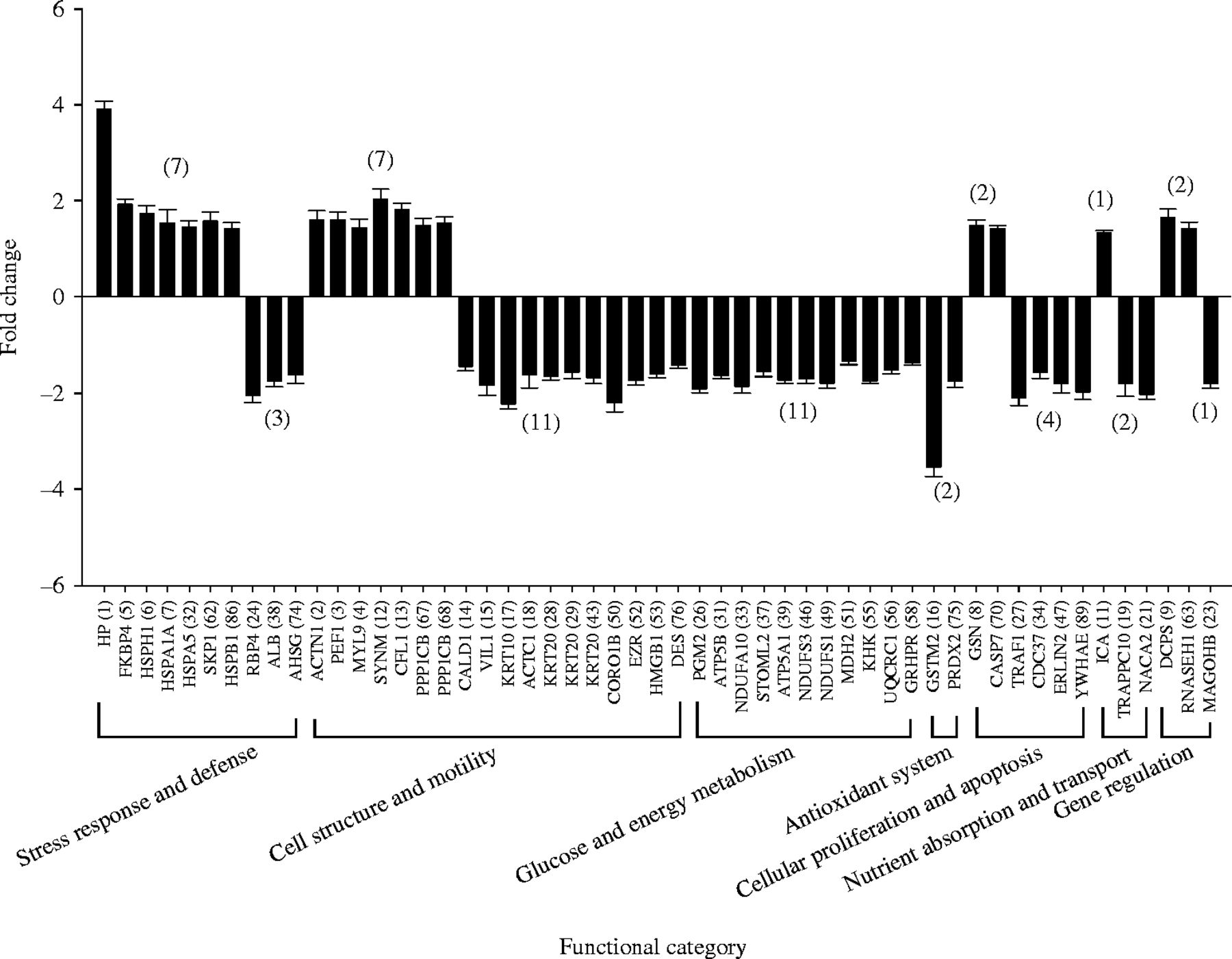 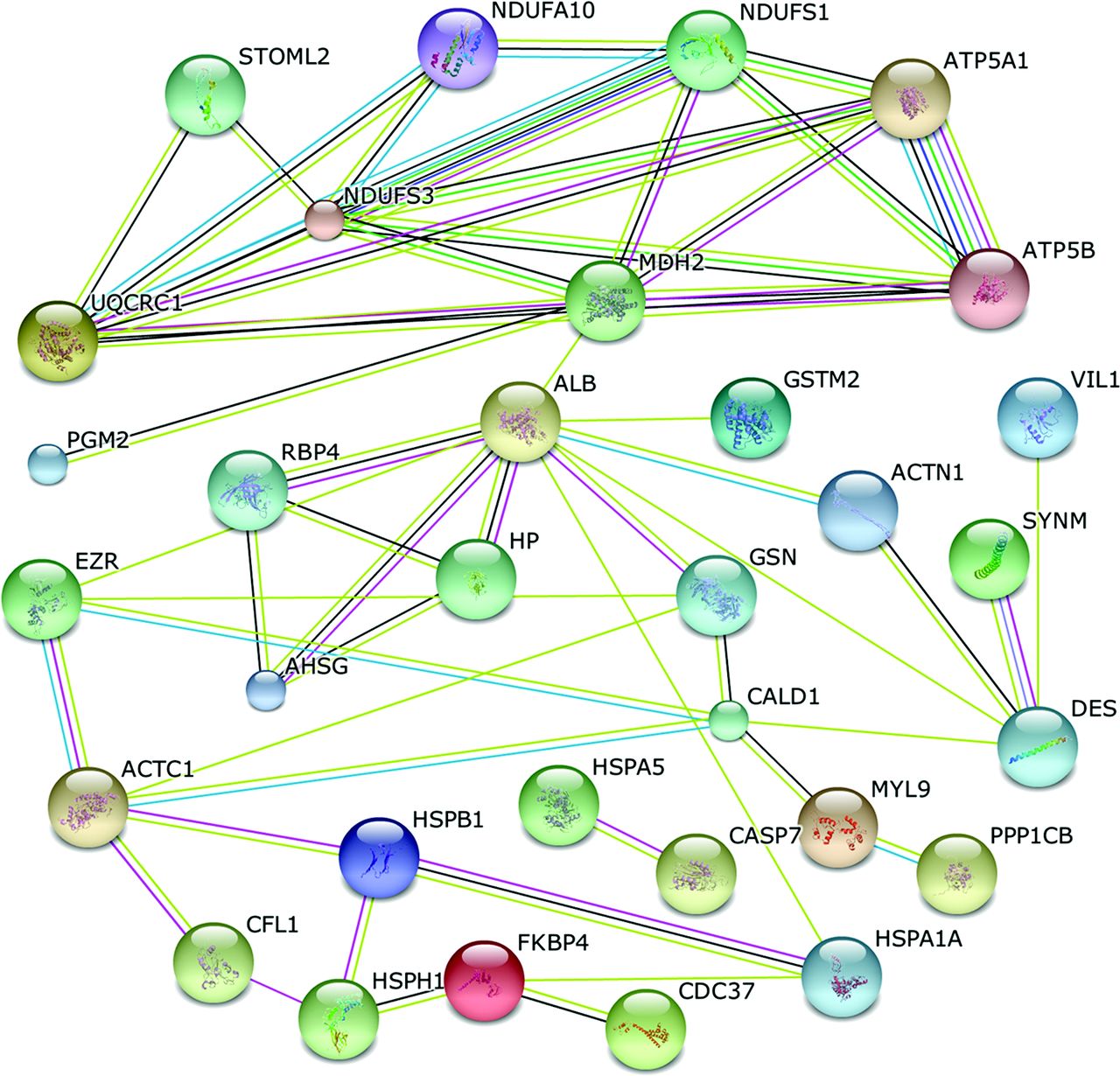