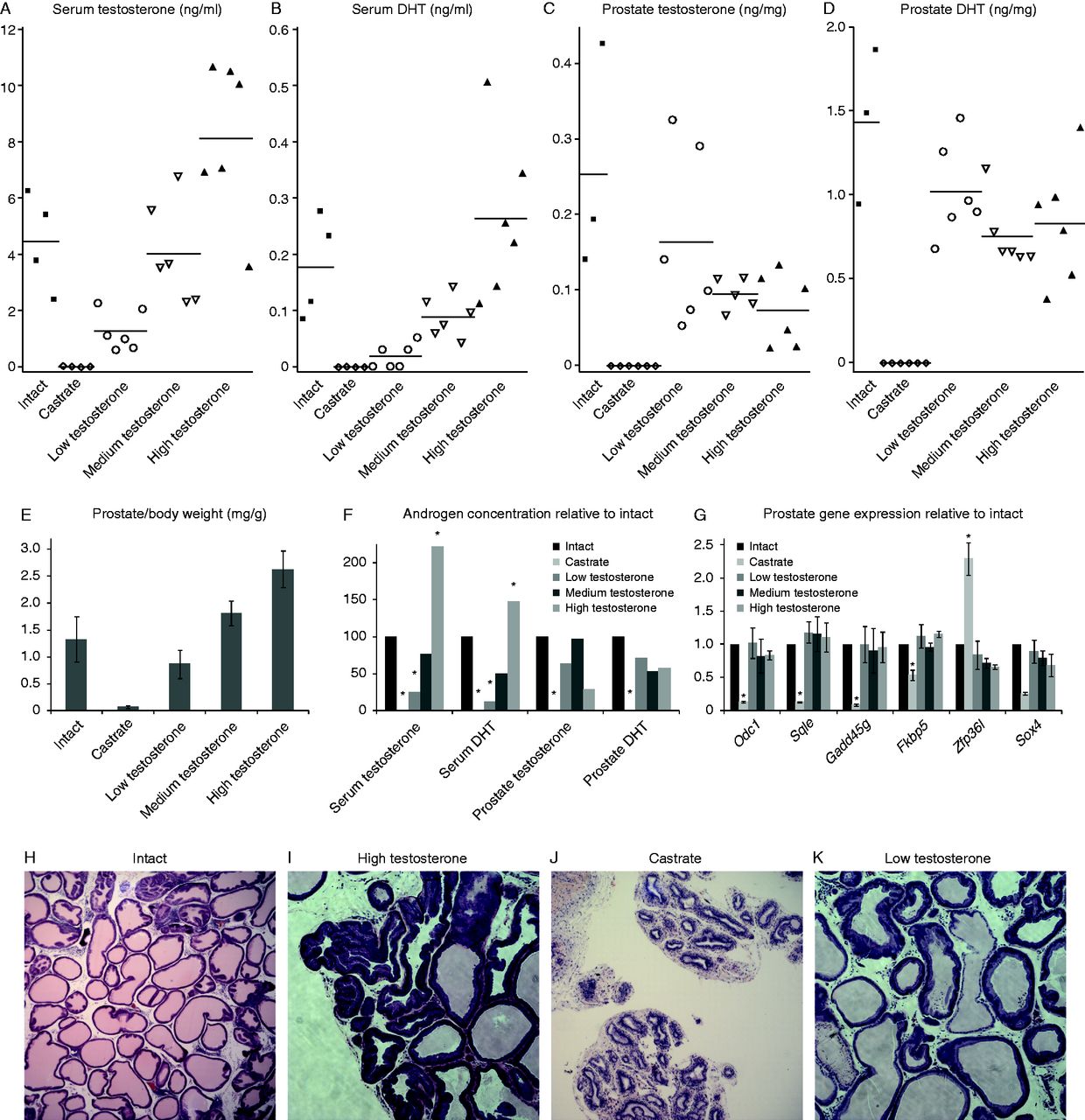 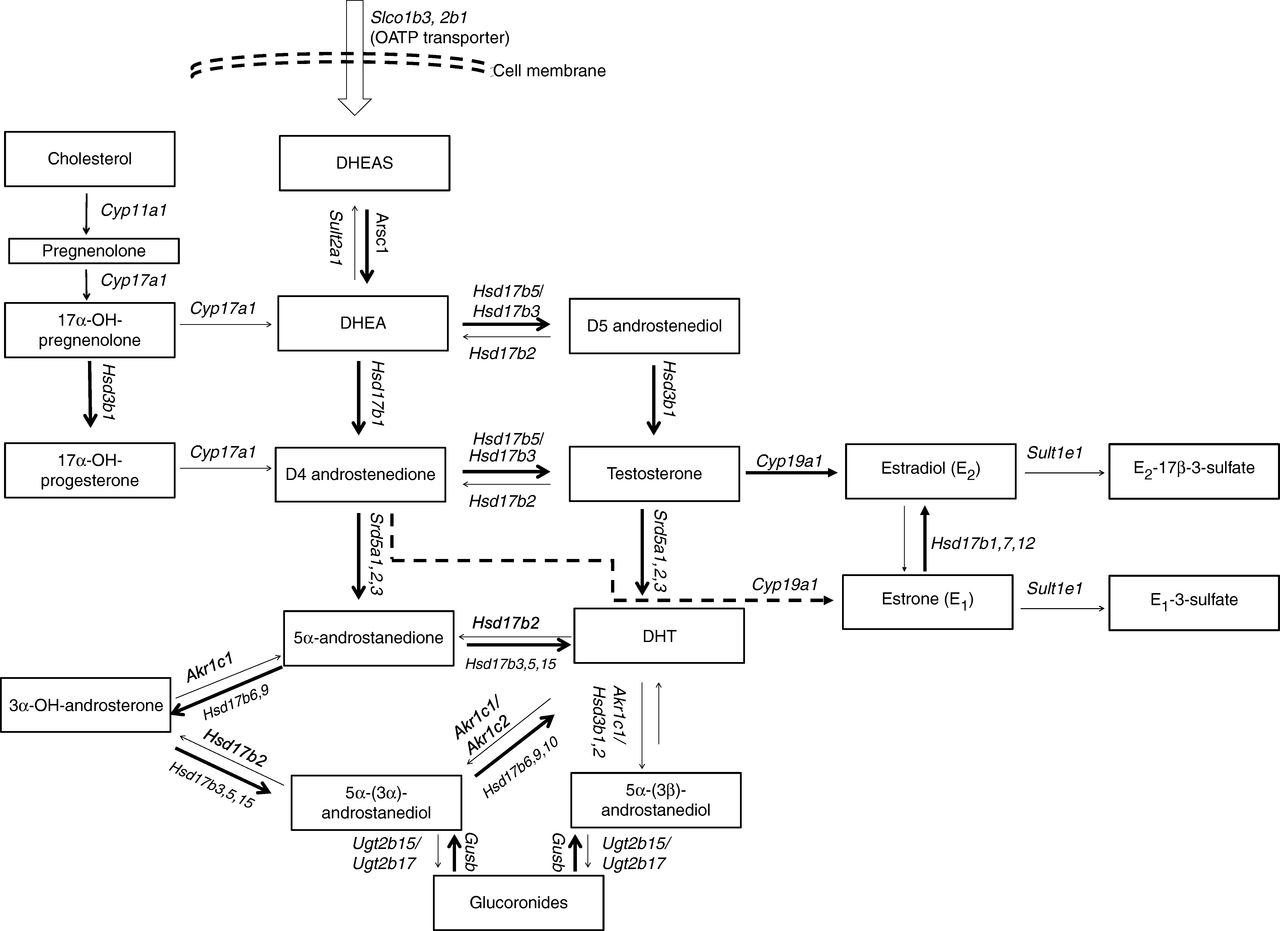 Changes in steroid biosynthesis pathway leading to testosterone and DHT accumulation. Genes in which statistically significant changes occurred in the low-testosterone-treated rats vs intact rats are in bold. These changes would be predicted to lead to increased levels of testosterone and DHT.