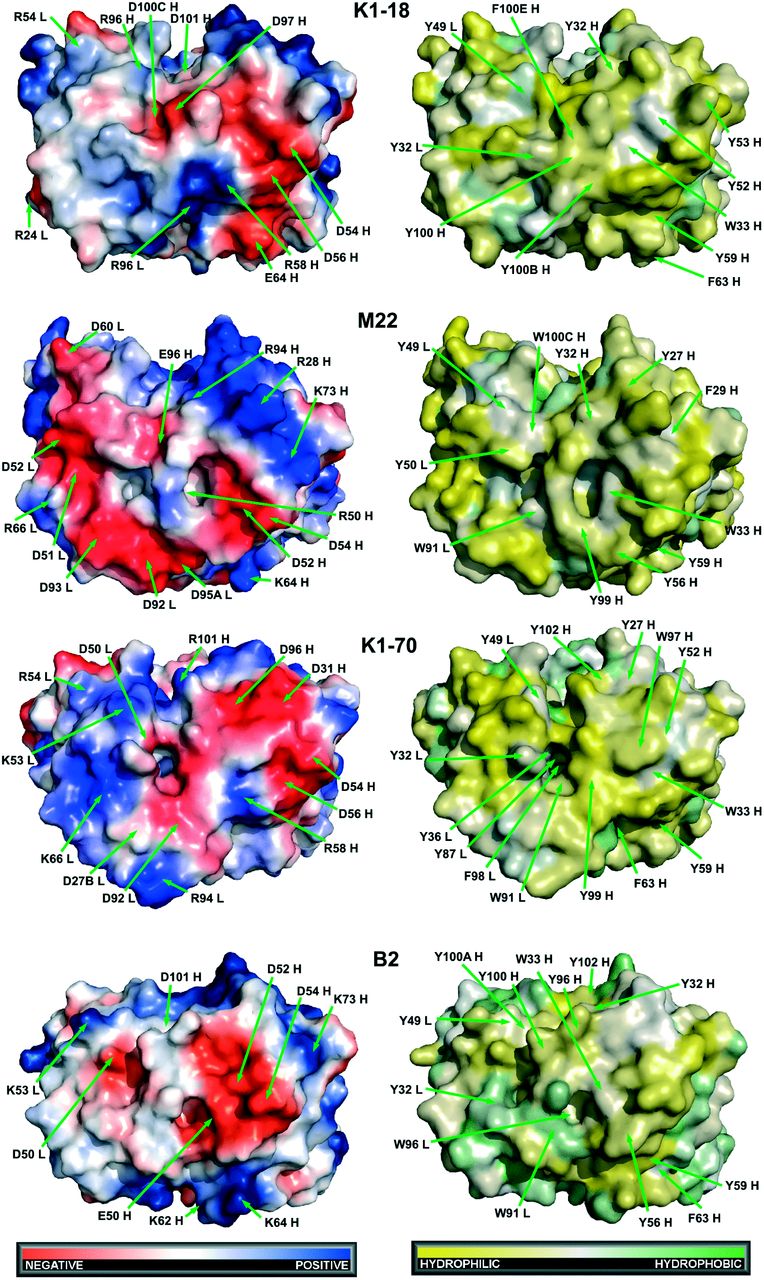 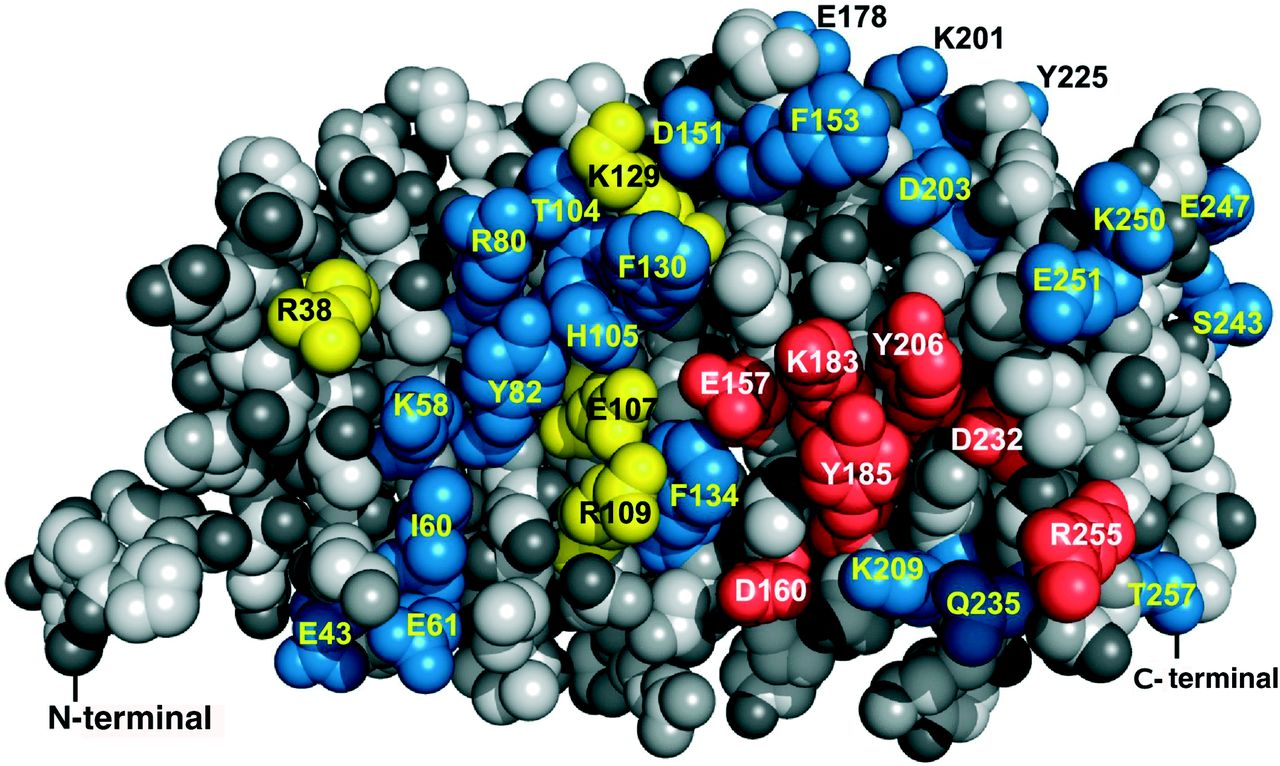 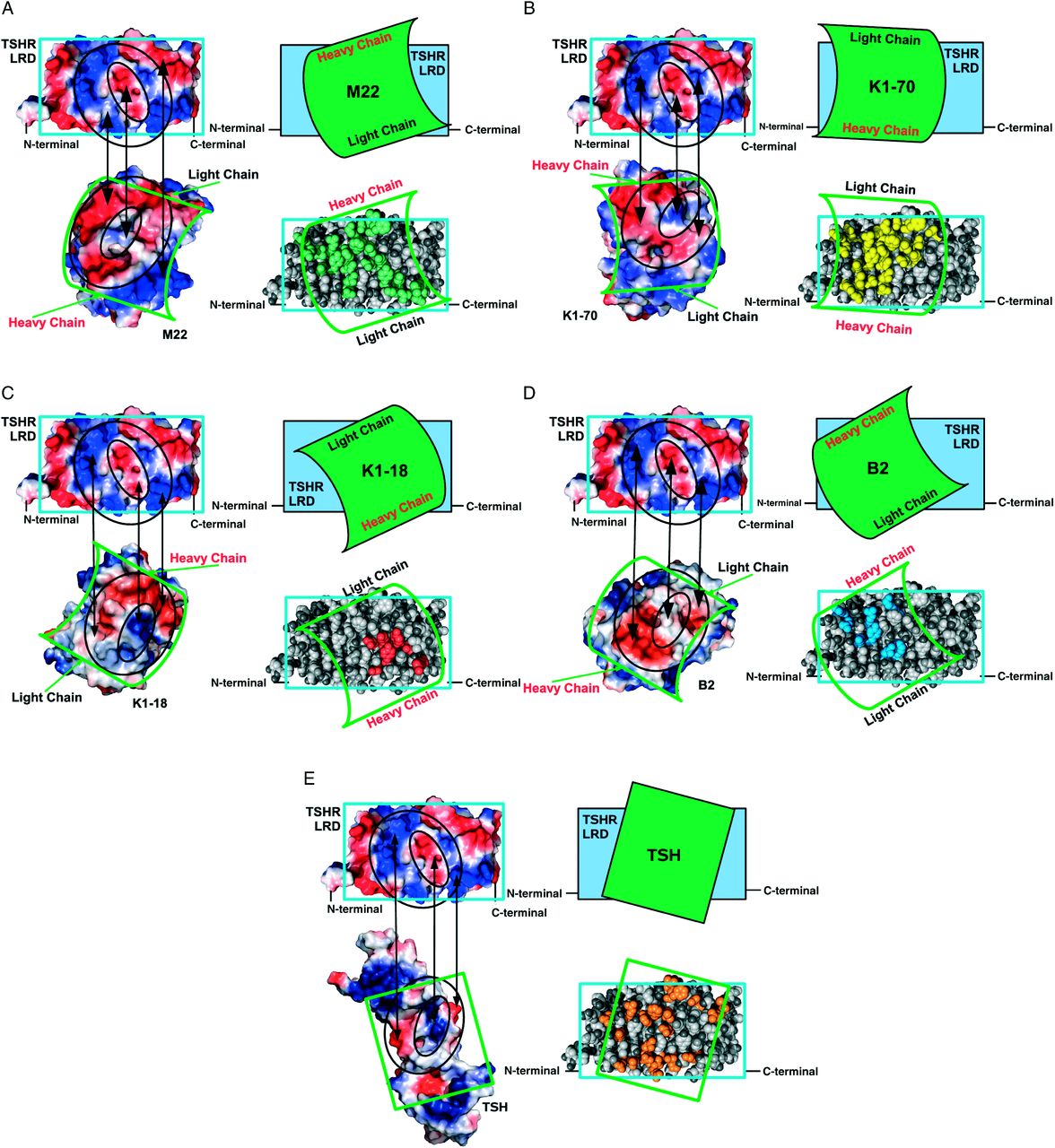 Ligand–receptor relative positions in the crystal structures of (A) the stimulating MAb M22–TSHR LRD complex and (B) the blocking MAb K1–70–TSHR LRD complex. Prediction of binding of (C) the stimulating MAb K1–18 and (D) blocking mouse MAb RSR-B2 to the TSHR LRD. (E) TSH–TSHR LRD complex from comparative model. TSHR interacting residues with (A) M22 are in green, (B) K1–70 in yellow and (E) TSH in orange. TSHR mutations that affect the activity of (C) K1–18 are in red and (D) RSR-B2 in blue. Important interacting charged patches on the electrostatic potential surfaces of the TSHR LRD, antibodies and TSH are enclosed by circles. Some interactions observed in the crystal structures of the M22–TSHR LRD and K1–70–TSHR LRD complexes, in the comparative model of the TSH–TSHR LRD complex, or predicted in the K1–18–TSHR LRD and RSR-B2–TSHR LRD complexes are shown by arrows. Antibody and TSH perimeters are in green and the TSHR LRD perimeter is in cyan. Reproduced with permission from copyright holder RSR Ltd. 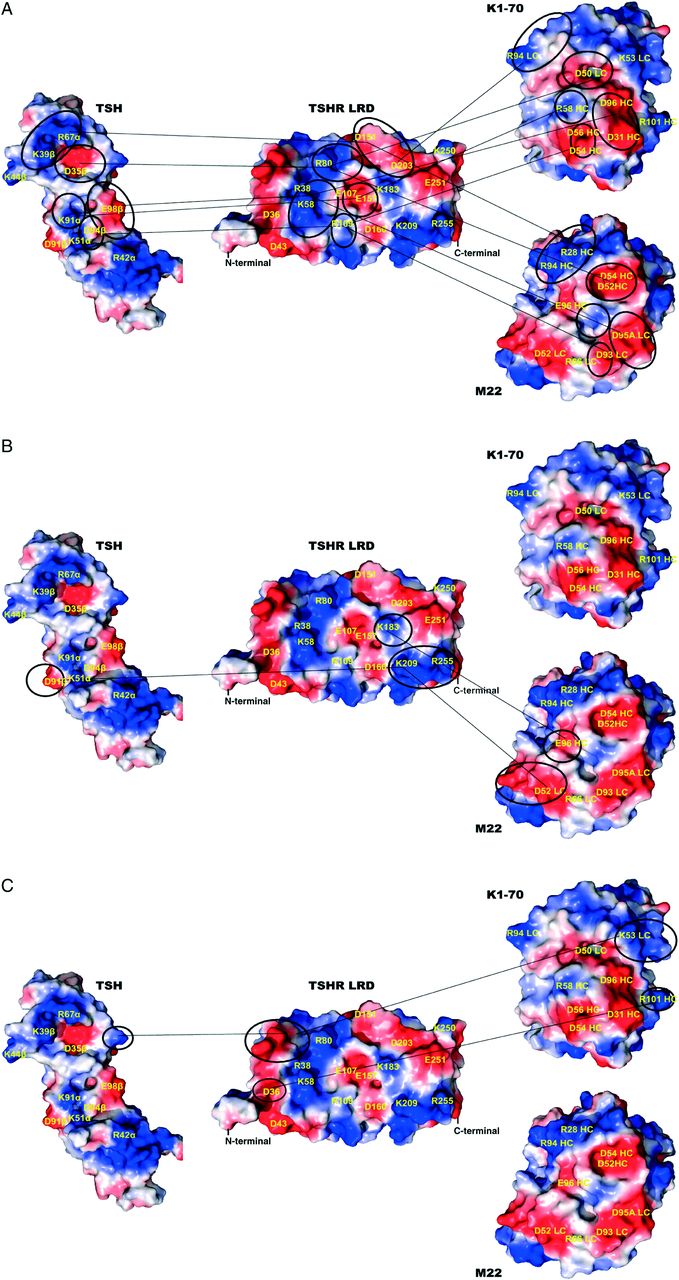 Electrostatic potentials of the interacting surfaces of K1–70, M22, TSH and the TSHR LRD showing some important charged residues. The N- and C-termini of the TSHR LRDs are marked. Some important interactions observed in the crystal structures of the M22–TSHR LRD and K1–70–TSHR LRD complexes, or in the comparative model of the TSH–TSHR LRD complex between the receptor and the ligands are shown by connecting lines. Negative patches are shown in red and positive in blue. Enclosed by circles are charge patches that are shared (A) by the three ligands, (B) by M22 and TSH and (C) by K1–70 and TSH. Their complementary patches on the TSHR LRD are also enclosed by circles. Reproduced with permission from copyright holder RSR Ltd.